The rules are: Don’t take too long to think about it.
15 albums you’ve heard that will always stick with you.
Tag some friends, including me, because I’m interested in seeing what albums you choose.

Here are the 15 albums that have had the biggest effect on me, or that I’ve listened to most, in no particular order…

1. Ladies of the Canyon – Joni Mitchell 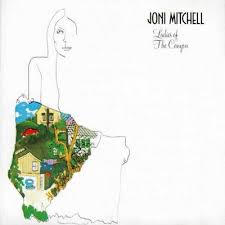 Joni Mitchell - Ladies of the Canyon

This has one of my favourite songs on it and is both good music and a good moral which reminds me of a very lovely time of discovery (music and other things) in my life. The track that makes my spine tingle every time I hear it is ‘For Free’. I was introduced to this song by a man I have never met, the ex boyfriend/close friend (not sure which) of a girl I was seeing, and he had made a mix tape for her and this song was on it, thank you Alex, whoever and wherever you are. 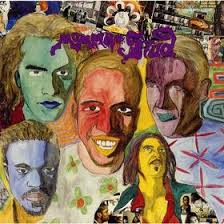 Found this album by accident, I think I borrowed it from the library because it had an interesting cover and because it was called ‘Cockadoodledoo’! Almost every single song on this album is very good (only the prayer and God bothering songs are not for me) and if I was pushed, I would have difficulty picking the best track of the album but ‘Porch’ & ‘Stormy’ are two of my all time never fail to change my mood songs. 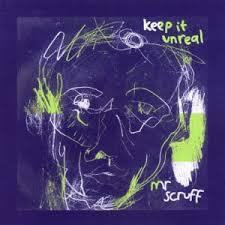 The day I discovered Mr. Scruff (thanks Neal) was a day that I will forever be in debt, I almost love every single piece of music this man produces, it is like nothing else made by no-one else and every one of his albums is a delight. Cheeky, funny and thought-provoking. Lovely little riffs and samples or just downright laughably lovely tunes, everyone should have a bit of Mr. Scruff in their music collection especially if you like Fish or Tea. 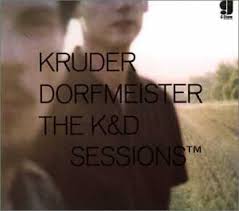 This is actually a collection of remixes but the K&D approach to each song has transformed some of them from unlistenable (for me anyway) to being some of my all time favourite tracks. I also love this album because it introduced me to artists that I wouldn’t normally have listened to and subsequently has led to me discovering some excellent new music, which I love doing, thank you Kruder and thank you Dorfmeister.

Such Talent, such amazingly simple but heart-felt songs, such an atmosphere, such energy. I normally can not stand listening to live albums as they never capture the raw energy of the moment, they tend to be mixed down to a studio level that ends up eliminating all the bits that made it such a good gig; this album does not do that. I actually have the live and the recorded version of almost all of these songs and they are both worth listening to. Awesome, if only I could have been there (my mate was and I am jealous, really jealous, which is rare for me).

6. Welcome to the Pleasuredome – Frankie Goes to Hollywood 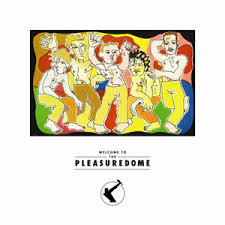 Frankie Goes To Hollywood - Welcome to the Pleasuredome

Simply captures my developing teenage years in one double vinyl gate folded collection of songs. Every song on this album reminds me of moments in my life that are both personal and life moulding, sexual exploration with a young lady while this album was on drop down repeat on my Dansette record player (you could put both albums on and it would play one side then drop the next album on top and play one side of that disc, giving you (me) half an hour of uninterrupted music), my first holiday without my parents, etc, etc. I still love it. 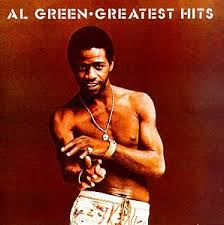 Containing probably my most favourite song in the world (has been battling for top spot with Joni Mitchell’s ‘For Free’ for years) ‘Simply Beautiful’ is not only my favourite song it sums up Al Green’s voice and this album perfectly. The talent this man has is awesome and we should be very grateful that he not only discovered how talented he was but that he then recorded it and shared it with us. I love a bit of Al. 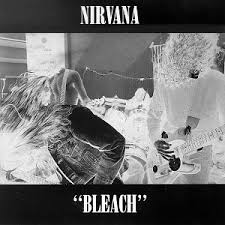 I remember the first time I found this album, I was blown away; it summed up my (late) teenage angst, my passion and drive, oh you know what I mean, it spoke to me. Even though I didn’t understand and probably still don’t know what Kurt Cobain was trying to say. A timeless album, my teenage daughter was affected in a very similar way the first time I played it to her, which me made me feel just a little proud, as a father it is my duty to pass on these tunes to the next generation and if they like them, all the better. I saw Nirvana live in Wolverhampton on this tour and they were even better than the record.

Again I owe my gratitude to Neal for introducing me to Minnie Ripperton. I was going on a driving holiday and was worried about how long I was going to be in the car and Neal’s solution was to give me a handful of music mix tapes before I left to play as I toured the Loire Valley in France for nearly a month. Amongst the collection he had recorded a whole cassette of just Minnie, a better collection of songs than can be found on this album or any commercially available collection of her works and her incredible voice and seductive songs became the soundtrack of the holiday. Listening to her takes me straight back to that leafy spring and that is a lovely thing to have at your disposal whenever you might need it. 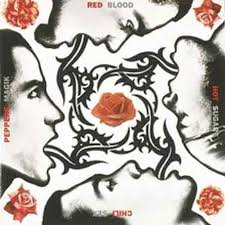 I was a fan of some RHCP songs but not all before this album came along, they were a band that were played very early on in the night at the Nightclub I managed, but this album contained lots of fantastic tracks and became a pseudo sound track for my happiest years at the Nightclub in retrospect. Let me explain: some of my favourite songs were ruined a little by having to hear them at least once a night sometimes twice a night every night, every weekend for nearly a decade. Somehow the Red Hot Chili Peppers have managed not to be over played – even though I listen to them all the time still.

Galliano - In Pursuit of the 13th Note

Great songs, great band, with a great attitude that produced a great atmosphere at gigs. I saw them live at Leicester Polytechnic (before it became DeMontfort University) and it was right in the middle of the then ‘latest’ 70’s revival, great times, great memories, I had such a blast. Red wide corduroy flared trousers, a white see-through muslin shirt and purple platform brothel creepers with a Sheepskin/Wool RAF Flying Jacket is the outfit that I can never forget, ha ha ha. 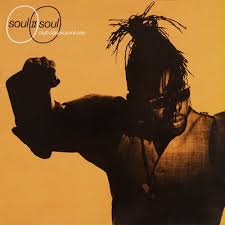 Again a memory inducing album – my first holiday abroad – I found out that you didn’t need to be aged between 18 and 30 to go on an 18-30 Holiday and landed in Ibiza about three weeks before my 17th birthday – I was tee total at the time (having given up drinking alcohol about six months previously because I didn’t have much money and I had such a good time when I was out everyone though I was drunk when I was sober) and I had the most fabulous time!! Being sober amongst an entire hotel of drunk and to be honest, not so very clever people was such a giggle, me and my mate Lee ran rings around them, literally, figuratively, intellectually, socially and definitely appropriately. Takes me right back to a defining period of my life which also ended up with me featured in a double page article in a major national newspaper (The Sunday Mirror) ; ) 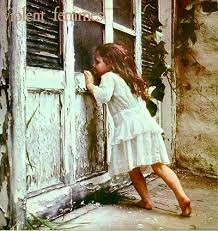 I was introduced to the Violent Femmes by a very lovely lady called Emelie who stayed with me for a few weeks/months because she had nowhere else to go but home which was all the way across the Atlantic in the U, S of A. Her interest and passion for music introduced me to so many artists that she probably still has no idea how much of an influence she had back in the day that is still very much a part of my music listening palette today. She stayed on my sofa bed and occupied a part of my house which became and continued to be known as ‘Emelie’s Wardrobe’ or ‘Emelie’s Corner’ for many years after she had found somewhere more permanent to reside. ‘Add It Up’ and ‘Blister In The Sun’ are my favourites but the whole album is very good.

I love Beck, have all his albums, listen to him on a regular basis but I picked this album just because the track ‘Loser’ is such a quirky and relevant song. It’s ridiculous how the lyrics make sense even though they are nonsensical. Have a listen and tell me it doesn’t have some sort of resonance for you too.

Another album that changed me, the first time I heard ‘Monkey Gone to Heaven’ I just thought why hasn’t this been made before, why haven’t I heard it before, this is just so very my type of music. It was like a bolt of lightning, I love it and still do, funny though how the Pixies were so alternative and avant-garde yet their music is now used on TV shows and adverts as main stream backing music! Proof that time can create understanding and acceptance.

Aaarrggghhhhh!! Fifteen (16)  albums is NOT enough.

I could easily have included ’60 Horses in my Herd’ by Huun-Huur-Tu, ‘Gish’ by Smashing Pumpkins, ‘Bellybutton’ by Jellyfish and ‘Gold’ by Abba!!

Now to tag a few of you to respond with your own 15 Albums – have fun.

@Loripop326 – at Oh Shit She’s Awake because we have a similar passion for music and this is where we will differ I think.
@Chrissarella – at A Little Wicked because I want to know more than NIN and Marc Bolan.
@so_you_know – at Trial of Words because I hope to find out better ways to share music with you in future.
@paul_steele – at Bald Hiker because I am interested in what music makes you tick.
@MadMan459 – at What The Hell is This Mess because you said all I need to do is tag a few (back in the beginning).
@TheDrDon – at Dr Don 911 because I am always interested in what the Dr prescribes and your music taste is so varied I will be very interested in the fifteen albums off the top of your head.
@Yohanik -at  Yo In Bombay because you can add an asian-pacific angle to this little project and you have excellent choice in other things.
@SimoneDeBlasio – at Simone Say’s because you make me laugh and I want to know what drives you musically.