Tweet-up and Climb: To Helvellyn and back… A Lake District Adventure

I’ve just been camping for the weekend and climbed a mountain with five people I have never met before! I know how the hell did that happen?

Well, there’s this phenomena known as ‘social media’ that seems to be taking over all aspects of our lives, I like it, but I feel that sometimes the social bit is a little lacking and the opportunities to interact, to truly interact with each-other are slim. It’s not like I don’t try, I’m on-line a lot, in fact I am on-line so much that I have an on-line portal site at www.xwidep.co.uk just so people can find any/all of the various ways to get in touch with me on-line; I tweet, I update, I recommend contacts, I blog, I comment, I like, I dislike, I review, I subscribe, I post, I publish; all on-line. 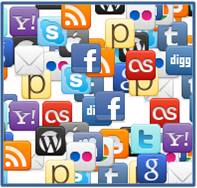 But I was still looking for something more interactive from all this social media, when a couple of months ago a friend of mine from Canada @Loripop326 who I met on Twitter¹ and Facebook² but sadly not yet in real life³; undertook something spectacular, something enjoyable, sociable and interactive, something which was only possible due to the way we live our lives on-line; that something was a Sing-up – created by an inspirational gentleman who I’ll introduce you to later. Sing-ups are hilarious, it is where Twitter users unite to sing a song together, by submitting a couple of lines each on video or audio by e-mail to the maestro who combines them all together in time and in tune (or not as the case may be) with the backing track to some famous songs. The following link takes you through to a collection of them (I insist you click on this link and watch at least one sing-up before you continue reading this). 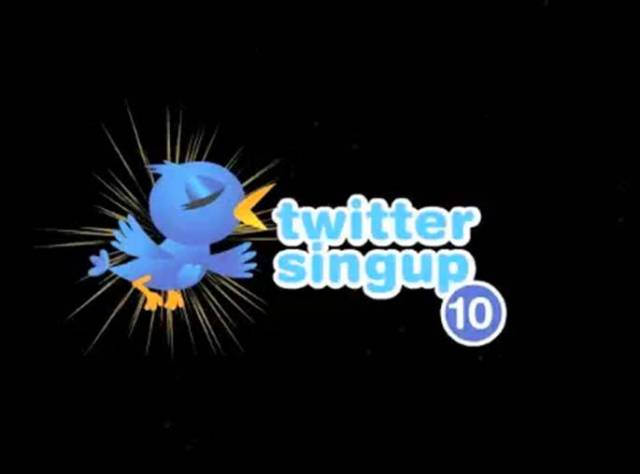 Okay, you’re back – I hope you enjoyed them as much as I did ; ) Maybe you should sign up for the next sing-up!

So because the sing-up was good and I wanted to get involved so I started following @Paul_Steele on Twitter and he tweeted that he was organising a Tweet-up & Climb.

Now a tweet-up is a meeting between fellow tweeters in real life, usually organised in a pub and not something that I would normally get involved in – but what Paul was proposing was to meet up at a camp-site and climb the mountain Helvellyn via the infamous Striding Edge in the Lake District one weekend and I thought that sounded excellent, so I signed up.

A 360 degree view from the middle of striding edge. Helvellyn is the tallest summit just to the right of centre. Red Tarn is the small lake on the right and Ullswater and the village of Glenridding is visible on the horizon along the far left corner

It’s a few hundred miles and due to the wonderful traffic flow on the M6 it took me more than six hours to get there, thank goodness I was camping both the night before and the night after. Even though it took me so long and I had travelled quite far, I arrived at the campsite first and it started raining. This posed me a little bit of a problem, I had never met any of the people I was meeting up with before and everyone was huddled inside their tents because it was raining. So I parked up, and walked over to a large tent to ask if they were expecting me.

Paul had given me some clues, he said one of the people coming @GrantBennett would have a large tent, but after three rather embarrassing moments where I was treated like the weirdo I was acting like, by large tent owners across the campsite. I decided to set my tent up in the rain alone!! I relocated it later also in the rain, so that we were all camped in the same location which subsequently meant my tent did not stay as waterproof as I would like and I had to bail thirteen cups of water out in the morning.

I went for a little walk when I bumped into Paul and Grant as they arrived on site (I recognised Paul from his Twitter avatar and Grant because he was with Paul) and as the night drew in all of my fellow tweeters (bar two who were arriving the next morning) arrived for the night. 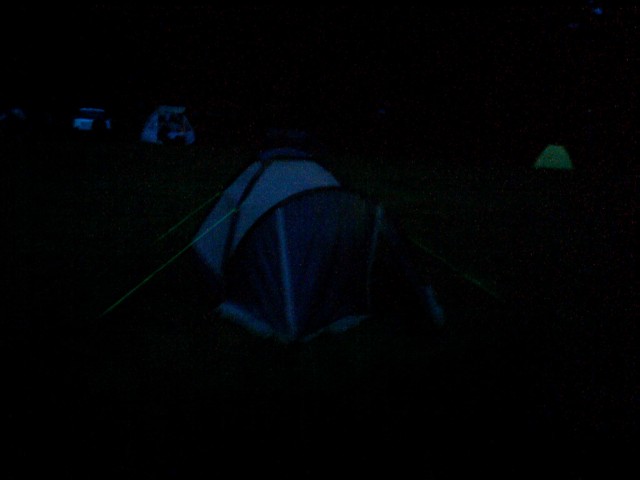 My tent in the rain & dark (just relocated)

So after getting to know each-other over a few glasses of wine and cans of beer – loud enough to have a few minor complaints made in the morning – I’d like to say it was because we haven’t lost it but I think it was mainly because we were awake until 1am (at least) and up and ready to go at 7am, for this my fellow campers we apologise – by 8am we were all there and ready to go.

So who is in this unlikely bunch of strangers? @xwidep (that’s me) from the Heart of England, @paul_steele from the edge of the Peak District in North West England, @GrantBennett from South Yorkshire, @ainebelton from Greater London, @Belle_Lulu from the South West of England and @Kusasi from the Cotswolds. 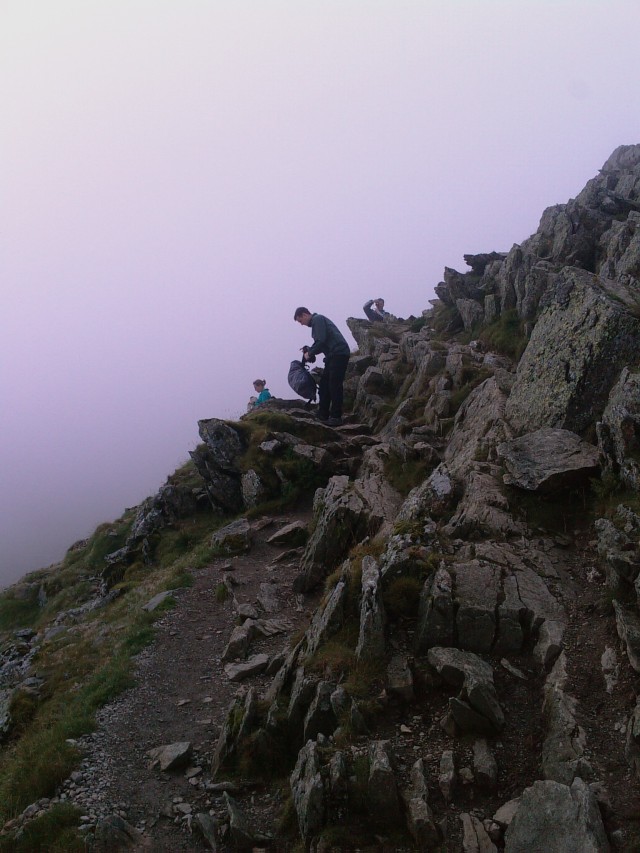 Approaching Striding Edge in the Mist

There were also two other very important members of our team @Shyposter1 from the edge of the Peak District in the East Midlands and a great guy called Paul but whose nickname is Ray from Shakespeare Country – who were running base camp for us.

Unfortunately the mist had taken hold of the mountains and visibility was very poor, but we started off from the village of Glenridding heading up what appeared to be a leisurely incline through woodlands, their were even stone ‘steps’ placed by previous walkers over the centuries that made the climb ‘easier’; the landscape was beautiful and there were a few other walkers heading in the same direction, it is a well trodden path and clearly a very popular route; however the beauty and the wonderful scenery started to fade as the climb got harder and harder, with what can only be described as a serious slog in the enclosing mist. My thighs were burning, my back aching underneath my backpack full of water and high energy snacks, I felt that it was going to be too much for me – even with the occasional rest stop to put waterproof jackets on followed by another to take them off – the weather was changeable to say the least and I was actually starting to love it.

When suddenly it appeared before us, looming out of the mist was Striding Edge.

Striding Edge from Swirral Edge (on the way down)

A sight to behold; a ragged, broken, rocky, fold in the earth’s crust, with tumbling scree scattered slopes plunging into valleys on either side, it looked like a scene from the Lord of the Rings, a thin bridge of stone sticking out into the clouds, apart from it didn’t have a level surface and although I was carrying a walking stick (staff) my beard was only a day’s worth of growth so I wasn’t really playing the Gandalf part well.

It was a fantastic climb and soon we were on top of Helvellyn which has a scree covered plateau at 950 metres (3,117 ft) above sea level, which makes it the third highest peak in both the Lake District and in England. I am now preparing to do another climb this week with some of my fellow tweeters but this time at night so we can see the sun rise on the mountain top, lets hope for better weather this time.

Apologies my photographs were taken using the camera on my mobile phone each and every time the mist cleared.

¹ Lori is a member of a small group of tremendous people I have grown to know and love on Twitter.
² Facebook has introduced me to some of the most amazing people from all over the world that I would not have had the pleasure of meeting in any other way – many of them I have met through Twitter first.
³ Real life! What’s real life? Twitter and Facebook are real, what I really meant is face to face.

Find out more about what I get up to at Extra X-Wide P my personal/professional blog.

@paul_steele wrote about this too (BaldHiker.com) and produced a lovely video:

1 Response to Tweet-up and Climb: To Helvellyn and back… A Lake District Adventure