I know it is just an allergy and that in the great scheme of things it isn’t that bad a thing, in fact I have friends and people who are or have been very close to me, who have suffered terribly from hay fever and to be honest I probably wasn’t / haven’t been that sympathetic; It’s only cold type symptoms, or so I thought.

That is until about two months ago. 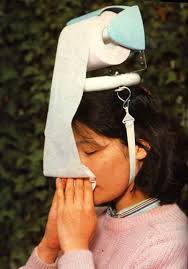 This statement is in hindsight – it all so obvious now but I didn’t notice it at the time: I had had a string of colds almost non stop since May 2009, sometimes mild, sometimes full-blown chest infection but always some form of cold symptom, my eyes, particularly one of them had started watering uncontrollably, I was getting sore throats and a tickling sensation on my chest and throat on a near daily basis, my ears were humming, my nose was running, my head was buzzing and I had constant sinus issues in the mornings.

All this I virtually ignored, the symptoms although irritating were mild, I kept threatening that I would go to the doctor but never did.

This summer though things began to escalate – I started to feel really ill with a cold and it started to cause me to have asthma like breathing issues. I organised an appointment to see the doctor as I was now beginning to worry.

I don’t know why but I always feel slightly embarrassed going to see the doctor, not because of any childish issues about talking about body parts or illnesses or anything like that but because I feel my issues are minor and I shouldn’t bother the doctor with them, they are very busy dealing with sick people, they don’t need me turning up, moaning about a half-arsed version of ‘man flu’.

Subsequently I declared my symptoms as non-urgent and definitely not an emergency, so the lovely receptionist organised my appointment for just over a weeks time but told me that if I had any concerns or if things got worse I could call into the open surgery any morning before 11am but I would have to wait in line to see any doctor (rather than my doctor).

That afternoon I had an asthma type attack, then again later that night and in the middle of the night/early morning I woke up not being able to breathe, it was terrifying, I almost felt like I was drowning but without any of the moisture required for such a sensation.

I was at the doctor’s surgery at 8:33am only three minutes after they had opened their doors and joined the back of a very long queue. By 11am I was in shock – after being examined extensively I was declared fully fit and without any illness, disease or cold but apparently after nearly forty years of being a human being; I had Hay Fever!

I was incredulous when the Doctor told me, he said that I was one of hundreds of patients that had been diagnosed with suffering from allergic rhinitis, pollenosis or what you and I would call hay fever for the first time over the last year – he also told me that he had many chronic hay fever sufferers who were patients of his who this year were showing little or no symptoms!

Double-u Tee Eff! What is going on? Are the plants fighting back? Is it the beginnings of the next invasion from Mars? Could it be a fungus trying to control our brains like the zombie ants in the forests of Europe? Why has the allergic reaction to tree, grass and flower pollen suddenly shifted? 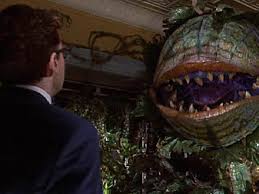 Well if plants could fight back I think they would be a lot more brutal than trying to make our noses itch, considering our persecution of them over millennia.  The fungus that controls ants has been at the same stage of evolution for over forty-eight million years so I would be surprised if it had suddenly made an additional evolutionary step this last twelve months and the chances of anything coming from Mars are a million to one (they said) so I don’t think it is that.

I know….Google, Google will know!

Well guess what? Google doesn’t know! All I could find was a link to an article that seemed to say that I could be allergic to a whole load of other things instead or as well 😦

For the time being, I’m going to stick with Hay Fever. It’s under control now, I take two types of antihistamine and have an inhaler in case I get breathless because of it.

But it is weird, don’t you think (but not as weird as the zombie ants)?