List #31 Things that have made you laugh until you cried.

I laugh a lot but not often am I incapacitated with convivial mirth that my eyes water uncontrollably and I am sorry to say that the one time it did happen, it was after something I said and you really had to be there.

Thinking about it, hearing or saying the punchline of the moment can have me giggling again and to be honest I don’t really know why as it isn’t really funny but at the time it struck a chord and made a few people who were with me laugh a lot.

It was the end of the shift at the nightclub I worked at and a lot of the staff were all gathered around the bar chatting about childhood television programmes, reminiscing, being both nostalgic and slightly competitive with each-other, quoting more and more obscure shows, those that had a cult following or that they were particular passionate about.

We had all been drinking and I had just finished cashing up the tills, sorting floats and writing orders for the next night’s business. The owner of the club was there and had bought everyone a drink, so the mood was positive, spirits were high and maybe a few people were slightly more under the influence of alcohol than they expected to be when the moment occurred (which could explain the elevated levels of laughter).

I had listened to the conversation whilst working for some ten minutes or so, hearing things said like,  ‘ do you remember ……. ?’, ‘yeah, that was brilliant, the dragon had a Manchester accent, the people all had wheels and the witch was Welsh!’, ‘what about, what was it called? They were all furry, wore wooly hats and played a huge saxophone thingy?’, ‘they were brilliant, what was it called? I remember the music went, du, dah, du, dah, du, daah, dah, daah?’; 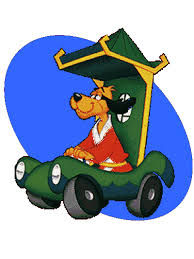 ‘what about the one where people squeezed their noses and could walk through walls?’, ‘my favourite is the mice with the mouse organ, ‘we will fix it, we will mend it..’, ‘no by far the best was the mild-mannered janitor who was a vigilante but really the office cat solved all the crimes.’ and so on… everyone was discussing shows that had not been on TV for at least a decade, there was a real back and forth with lots of shows discussed but not always named and everyone was wracking their brains trying to remember either the name of the shows or a more obscure and nostalgic kids TV show when I joined them with a drink in my hand and said;

‘Do you know what my favourite programme was when I was a kid?’

Being the manager of everyone but the owner, I had their attention and they all stopped talking and turned to look at me with what I would describe in hindsight as expectant looks on their faces, I took a sip of my double vodka and coke, milking the moment just long enough and then said ‘Top of the Pops!’ 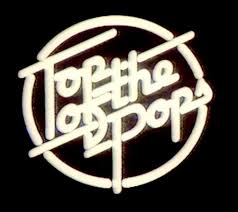 Top of the Pops

Top of the Pops was, at that time, still being broadcast weekly and was the longest running music television programme in the UK, showing a highlight of music videos, live studio performances and the entire national top 40 music charts every Friday night; it was a well-known national institution and not an obscure childhood entertainment programme but it had been one of my favourite programmes as a child.

I had said it as a humorous juxtaposition compared to the subject matter that had been the core of the conversation but I have to say I had not expected it to be the funniest thing said that night. There was a short second of silence and then everyone burst out laughing, with people including myself slowly recovering only for the words ‘Top of the Pops’ to be whispered in disbelief to start us all giggling and laughing again, it must have gone on for a fair few minutes and I did indeed have tears in my eyes by the end of it.

I can make myself giggle still now, many years after the event, just by saying ‘Top of the Pops’ to myself and previous girlfriends have been less than impressed with my uncontrollable chuckles for apparently no known reason, because once it is explained it really isn’t that funny but as I said, I guess you had to be there.

I’m following a couple of brilliant bloggers (Lori at She’s Awake & Chrissa at A Little Wicked) who are undertaking a blog challenge to write 50 lists that will lift your spirits. I love lists, I like having something to blog about and I love them, so I’ve decided to join in.

4 Responses to List #31 Things that have made you laugh until you cried.