Imagine a situation. You have just received a memo from your CEO (you work for a huge global organisation). In the memo, the newly appointed CEO states his vision for the company, and the core values he will be implementing as part of his new strategy.

The core values are: Freedom, Respect, Integrity. Very simple values and easily understandable. In fact there is little doubt what he is looking for……or is there?Are you really sure that you have the same definition of freedom, respect and integrity as your CEO?

Some examples might help; one I have lifted shamelessly from Mijnd Huijser (Author of “The Cultural Advantage” (web-link below)).

An American newspaper published an article denouncing the levels of freedom and democracy in Singapore. It cited laws banning smoking in public places, consumption of chewing gum, the seemingly hereditary post of Prime Minister, the authoritarian manner of policing, and dictatorial government style. The conclusion of the article was that Singapore was not a free country, and the US government should be pressurising Singapore towards democratic reform. This article prompted (unsurprisingly) a large response from Singaporeans – one in particular was highlighted by Mijnd Huijser, which pointed out that if you were to walk two blocks from the American newspaper’s head office building after dark you had a very high chance of witnessing a mugging.

Americans may well have the freedom to smoke and chew gum in public, but Singaporeans had the freedom from the fear of being mugged (Singapore has one of the lowest crime rates in the world) and a very stable government that is able to present a consistent style. For the American “freedom” is “freedom to….” – to the Singaporean, “freedom” means “freedom from….” Which interpretation is correct?

What about “respect”? For Western cultures, respect is largely a two-way process, that allows each person to value the other, to listen carefully, be polite, but it allows a certain amount of conflict (i.e. providing I am constructive and polite, I reserve the right to criticise, disagree, and or ignore). In Asian cultures “respect” is one way – from the bottom to the top. In other words, your boss gets all your respect, whether you like him or not, whether you are at work or not. Fons Trompenaars (one of the founding fathers of intercultural theories (web-link below)) uses a dilemma – would you paint your bosses house if he asked you to?

To us Westerners, once you had removed the expletives, the answer would probably be “no”. However studies show that, for example, in China almost 70% of the workforce would definitely paint their boss’ house! Again, we can ask, which interpretation is correct?

Integrity is another gray area. I suspect I am not shaking any idealist too much if I claim that everyone lies to some extent in their day-to-day life. However we try to remain true to our concept of integrity – honesty in our negotiations and in our relationships.

Trompenaars uses the dilemma of a car crash which is entirely your fault, but witnessed by your friend. How will you expect your friend to describe the event to the police? In many cultures (covering approx. 80% of the world’s population) they would expect the friend to tell a huge lie to protect you and your driving licence.

In Britain we would probably expect our friend to avoid the truth, by saying for example, they couldn’t really judge the speed, or they hadn’t noticed you drinking etc. In Switzerland 97% of those asked said they would tell the truth (that you were driving over the speed limit and had been drinking) – in fact there is a joke about the Swiss: Why is the crime rate so low in Switzerland? Because breaking the law is illegal! 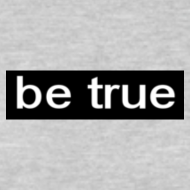 If we return to our imaginary CEO and his equally imaginary memo above, we realise that he (or she) has a huge problem.

If their core message cannot be communicated clearly, they are going to have to explain to their shareholders that they have failed in setting a new strategy for the company.

Again a hypothetical situation: a company wants to tap into the success of the Coffee shop franchise and make its chain of small coffee shops more “upmarket”. The CEO sends a memo to the local franchisees around the world– bring in some class to your operations.

In New York the coffee shop brings in Styrofoam cups with lids on, and speeds up the service time. In Germany, they bring in recyclable cups. In Italy, the franchisees invest in bone china, expensive furnishings and artwork. In Britain, they put the price up. Unsurprisingly the CEO is horrified at how his employees have completely missed his point! But they all added some ‘class’ to their operations.

Intercultural communications skills focus on ensuring that your meaning is the same as the meaning perceived by those who hear your message. We have to remove our assumptions of comprehension and become more explicit. Testing and retesting comprehension (obviously in a culturally sensitive manner – no one likes being patronised!) is an essential development tool. Learning how to transfer a message across cultures is one of the most important skills an international manager can have and that’s where we can help!

5 Responses to Communicating Across Cultures