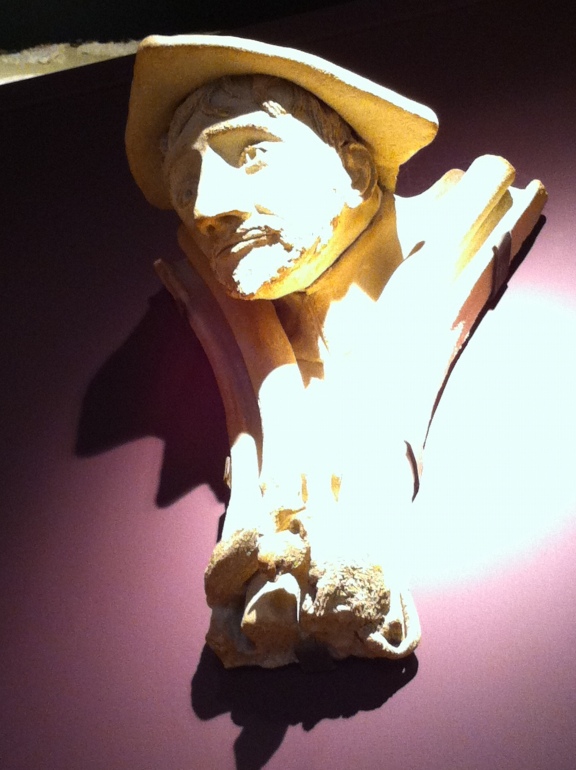 Bishop Morley ((Bishop of Winchester 1662-1684), who survived the bubonic plague)  with three rats running over his hands, is one of a series of ceramic heads representing the bishops that featured in the history of Farnham Castle that were created by Giles Summerhays a student at the University for the Creative Arts for Farnham Castle’s 900 Years of Living History Exhibition.

The Great Plague (1664–1666) was the last major epidemic of the bubonic plague to occur in the Kingdom of England.

The Great Plague as it was known, killed an estimated 100,000 people.

The 1664-1666 epidemic was on a far smaller scale than the earlier “Black Death” pandemic; but it was remembered afterwards as the “great” plague because it was the last widespread outbreak of bubonic plague in England during the four-hundred-year time span of the Second Pandemic.

Photo A Day Challenge for March